Full steam ahead on infrastructure 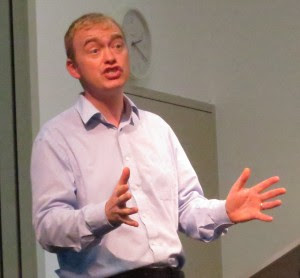 One thing that struck me about Tim Farron's Beveridge lecture last Saturday was the scale of his ambition for investment in infrastructure.


Conservatives have often talked about their admiration of Victorian values – if only they really did admire those values, because Victorian values included ambition to build an infrastructure, to create a transport, communications and logistics backbone to our economy, to make a difference, to see a problem and not worry about whether fixing it would fit with your ideology, but to just get on and fix it.

Tim goes on to demand 3 million homes, 5 new garden cities, HS3,4,5 and 6, more airport capacity and universal high-speed broadband. This is all very welcome, and with the party proposing a balanced budget, excluding capital items that will enhance economic growth, we are better placed than the other parties to deliver it. (Labour's exclusion of all capital spending from budgetary balance will inevitably mean that some non-growth capital will crowd out growth capital.)

Despite a slight dig at Jeremy Browne and his book Race Plan, I thought Tim echoed Jeremy's demands very closely. The chapter on infrastructure calls for:
So when Tim says


Jeremy’s position is intellectually coherent, honourable ... but I don’t think he’s right. We should not accept that passive, neutral government creates a strong liberal framework.

I'm not convinced that is fair. Jeremy identifies a sweet spot for strong growth and good social outcomes that involves government spending of around 35 to 38% of GDP. Within that envelope, Jeremy is calling for ambitious active government and not just on infrastructure. Passivity and neutrality are not the kind of words to describe Race Plan, or indeed any of the reactions to it. So what we are seeing here is that two figures on opposite wings of the party, agree on a radical and ambitious policy to end the decades of underinvestment in infrastructure in our country.

What Britain needs instead is liberalism, but with the handbrake released: an ambitious, confident, authentic liberalism. We must make the case for open markets, trade, migration, free enterprise and wealth creation. We need to eliminate the deficit, pay down our debts, encourage work, raise education standards, release the full potential of our population and invest in essential infrastructure.